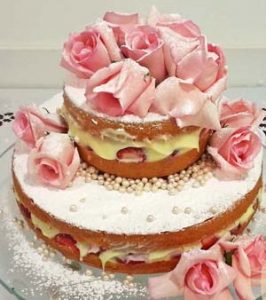 I’m sure you know the saying: ‘all good things must come to an end…’

Before moving to Cornwall in 2011, I taught creative writing for the University of Cambridge ICE. I loved it, I love teaching, but it was all about other people’s writing and my own writing suffered as a result. Cornwall represented a new beginning but I quickly found that I needed more, I needed some writerly companionship.

I do talk to David (my husband) about my writing and he has been a powerful motivator in the genesis and ongoing development of Queen’s Daughter, my 5th century alternative history project. It is no criticism of David that I needed this, especially as he was working up-country at the time so we only saw one another for a couple of weekends a month.

Out of this need, and a discussion with Bill Goodyear, Writers’ Café was born and, in the beginning, it flourished. Our first home was the Lost and Found Café on Chapel Street in Penzance. It was perfect, we had a room to ourselves, the lunches and cake were fabulous and they loved us.

The café closed, the proprietors moved on to new pastures leaving Writers’ Café somewhat lost and, if I am honest, I don’t think we were ever ‘found’ after that.

We can’t afford to pay for a venue so our policy has always been to actively encourage our participants to buy tea and coffee wherever we hang our hat.

Various options came and went. Coco Loco on Bread Street was one, the Queen’s Hotel another. Neither really hit the spot. Then one of our members suggested The Longboat Hotel on Market Jew Street. We were welcomed there, had a room to ourselves – although occasional smokers do pass through on their way to the courtyard and on one memorable occasion we had to halt proceedings to allow for an exodus from the Longboat’s cinema.

All good … and yet somehow that room has never really worked. Personally, I put it down to being at the ‘wrong end’ of Market Jew Street, but that could just be me.

In the beginning our meetings had a real energy and those attending were serious about their writing, setting up critiquing groups and generally adding to the buzz. Many of our founder members have now moved on, and something of that energy has gone with them.

In the light of this, myself and Linda Camidge (who has done an amazing job taking over the guest bookings from Bill) put our heads together and agreed that something had to change.

Rather than tinker with an ailing format, we decided Writers’ Café should take a break. Our next speaker, due in November, is now unable to attend due to health reasons and so the meeting of 13th September was our last, for a while at least.

Out with a bang… 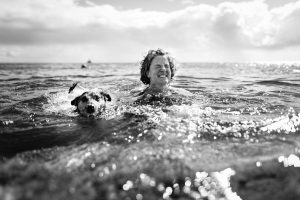 Our final guest, the fabulous Jane Pugh, got us working, got us thinking and most importantly, got us writing. But you know, the last time Jane came to us, we were stuffed to the gills with aspiring writers. This latest session rustled up eight (if I remember aright – Linda will no doubt correct me if I’ve miscounted) and two of the eight were myself and Linda. I think that says it all.

So, we are gone but hopefully not forgotten. And though all good things do come to an end … we are not ruling out the possibility of resurrection.

If you have any thoughts or ideas, or would like to help move Writers Café forwards, we would love to hear from you. Please leave a message on this blog and, come the New Year, maybe we’ll have a rethink.

I wish good writing one and all and if you have successes, do let us know. In the meantime, follow my blogs as I’ll be writing about writing, about writers and about cream teas …