As I recall, this piece was the result of an exercise the group did on the single occasion that we met at the Yacht Inn down on the prom in Penzance. What the exercise was, I cannot recall, the but outcome is rather fun! 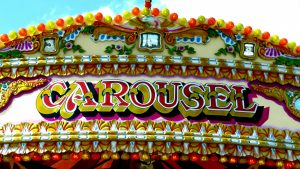 Pudding with treacle and jam, that’s what the farmer liked. Not just treacle and not just jam. Both. And custard. And cream. Clotted cream all yellow and chewy. No wonder the farmer’s shirt-buttons popped.

The button-eyed pigs rode around and around until the rain came down, though the sun was still out, and that’s when they squinted up and blinked their button-eyes…

…and saw the rainbow’s end. 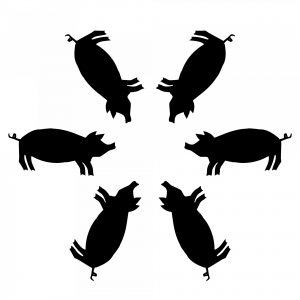