Language has always been my ‘thing’ and since childhood I have been in awe of the power of language.

I know it’s not the same for everyone. Some of the biggest disagreements my husband and myself have are over language. David is both autistic and dyslexic and as such, doesn’t always accept the nuance of words, either those he speaks or those I use.

‘Lie’ for example, the telling of an untruth. For my husband a lie is a lie is a lie, that’s all there is to it. Something is either true of false and there is nothing in between. For me, there is a whole raft of ‘in between’ but this can be simplified into three categories: white lie, fib and lie.


To be clear, a white lie is something I might say so as not to hurt another’s feelings (‘that colour really suits you’ might be a way of avoiding comment about the dress itself and sparing the wearer some hurt); a fib is an untruth I might tell because I want to keep something to myself but which harms no one and probably keeps me safe; an outright lie is often told for gain. For example, one might lie about one’s credentials to secure a job, or (not that for a moment I’m suggesting this could ever happen…) a politician might lie to secure power. Such lies leave society all the poorer, its moral compass seriously skewed.

Of course language can be skewed by time, by changes in our cultural experience – and this is the reason for my current outrage.

Last night as I was trying (and failing) to get to sleep, there was a programme on Radio 4 (I think it may have been ‘Something Understood’ but can’t swear to it) in which a woman was talking about the Iceni queen Boudicca. She described Boudicca’s treatment at the hands of the Romans thus: Boudicca was beaten and her daughters were ravished.

Did it hit you the way it hit me? Ravished. Call it what it is, BBC. The word is ‘raped’. Boudicca’s daughters were raped.

Anyone else out there sharing my outrage?

Having decided to write about this, I thought I’d better check my own perceptions and sure enough there is a definition according to which to ‘ravish’ means to ‘carry someone off by force’. However the dictionary makes the point that this definition is ‘archaic’.

The same dictionary describes the version that means rape as being ‘dated’.

There is also a ‘literary’ definition according to which the word ‘ravish’ means to fill someone with intense delight. I’m sure, like me, you’ve heard something or someone described as being ‘ravishingly beautiful’. This does not mean that the landscape or the person in question is asking to be raped…

So there you have it, quite a range, don’t you think?

That range is one of the many things I love about language, language is flexible, nuanced and above all, organic: language does change over time and we need to be tuned in to that.

In my view there is no excuse for the BBC presenter to use the word ‘ravished’ in this context. Abused women are not ravished, they are raped. Let’s not be coy, let’s not gloss over the reality. Whether we’re talking about Boudicca and her treatment at the hands of the Romans, or a modern woman sheltering in a refuge, the reality is the same and their suffering should be honoured by calling it what it is. To do otherwise is tantamount to condoning the rapist’s actions.

On a lighter note, hope you enjoyed that ‘tantamount’, one of my all-time favourite words… 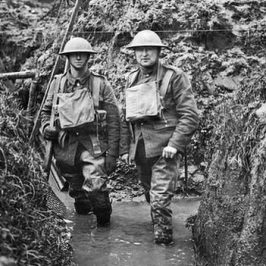