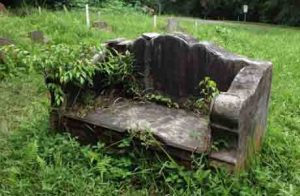 My website has a been a bit of a neglected garden of late, somewhat overgrown, no new plantings. Many of you will know why: in November my other half, David, was diagnosed with stage 4 renal cancer, and we are both still in shock. This was discovered as a result of a car accident and he is still suffering a great deal of pain as the cancer meds slow down the healing of his broken bones.

So, what does a writer do?

This writer has put everyone on hold for the past two months as we recalibrate our lives and come to terms with what cancer forums call ‘the new normal’.

Trouble is, I have an ‘old normal’ and it’s taken me a while to get my head back there but I’m doing so, and David and I are agreed that I must do so. Writing is fundamental to who I am, and I need to make space for it.

The Work In Progress

I published a couple of blogs a while back about my father and his WWII experiences in North Africa. I started writing the novel, Misfits & Strangers, a long time ago but it grew unwieldy. I think I now have it a little more under control and am almost 10,000 words into a new draft.

Gone is the modern-day frame story (that might become a separate novel!) and I’m concentrating on the period between the wars and WWII itself.

I’ve always been interested in the shadow cast by war. There is a family story that my maternal grandfather was buried alive during the First World War. He came home, but he was never the same. He’d go walkabout, be missing for days on end, but he always came back. Until the time he didn’t. I don’t think anyone knew what happened to him after that last disappearance, but then there’s a lot about that time that didn’t get talked about. I learnt only a few years ago that my maternal grandmother was a drinker and that on one occasion my mother found her just in time after a suicide attempt. My mother herself was a very troubled woman and it seems to me (though no one remains alive to discuss it) that there is a thread running from the war, to my grandmother and mother to me.

These experiences are at the heart of Misfits & Strangers. Jimmy Ash returns from the war forever changed. His daughter Kitty grows up in a household where the slightest noise is likely to startle her father into a panic attack. As she grows, she looks for something more, a family less traumatised. She is who she is, in part, because of her father’s experiences.

On a brighter note, as I’ve said elsewhere, my dad had a great time in North Africa during WWII and this is what I draw on for Harry’s story (before he enlists, Kitty and Harry get married). Not that my dad was the kind of wide-boy Harry is turning out to be, but some of his experiences become Harry’s)

That’s the nature of writing, we plunder our own past and that of our family members and transform it in the interests of a good story. What I do know is that Dad would approve. ‘It’s what you do,’ he once said. ‘You’re a writer. You won’t upset me…’

What a man he was. If Misfits & Strangers is ever published, I think it should be dedicated to a father who kept me sane(ish) in a world which at times did (and still does) feel utterly insane.