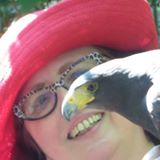 It’s been a while since I’ve blogged on my own behalf rather than Writers’ Cafe, but today I want to say a little something about the magazine Mslexia and in particular their online Mslexia Max where they offer a range of subscriber events.

On 27th March, Debbie Taylor ran a ‘Pitch Surgery’. Debbie doesn’t pull her punches which, to my mind, is good. So here’s what I pitched for Looking for Jonah:

Family is love, not blood.

Four-year-old Magnus vanishes on a hot summer’s day and returns on Christmas Eve. No one knows where he has been and Magnus cannot tell them, but he comes home changed. To his mother he is not the boy she lost, he is someone else, a changeling…

Featuring the folk-rock scene of the 70s and set against an island backdrop, Looking for Jonah is all about family, friendship and loss – and about the divided loyalties of three women caught in a web of betrayal and envy, with Magnus the musical maverick at their heart.

Hi Teresa,
I really like the premise of this book. And the pitch starts really well. But then it drifts off into a tantalising vagueness.
First, please tell us HOW Magnus has changed. Don’t use the word ‘changeling’ unless you mean that he has literally been replaced by an interloper.
Second, I really like this rock scene setting, but reference to the island seems irrelevant. (If it IS relevant, you need to explain why… Are we talking boats, smugglers, selkies?)
Third, I would like to ban the words ‘friendship’, ‘loss’, ‘divided loyalties’ and ‘betrayal’ from all pitches henceforth. They are abstract and virtually meaningless in this context.
Fourth, how did Magnus get from being 4 at the start of the pitch to being a ‘musical maverick’ (and presumably a grown man) at the end?

Most (most) important, you need to tell us what actually happens in this novel. You’ve totally hooked me as a reader; now you have to reel me in…

Well I took heart from the fact that I had at least ‘totally hooked’ her, so now it’s time to reel her in…

Family is love, not blood.

Four-year-old Magnus vanishes on a summer’s day and returns on Christmas Eve. He comes home changed and to his mother he is not the boy she lost.

As the years pass, Magnus grows into a loner with a love of folktale and song, and a gift for playing the fiddle. Travelling round Greece the summer before uni, he meets and falls in love with Lexi. On their return to England they form the folk-rock band, Black Rook Rising.

Success piles upon success and Lexi and her friend and rival Alice take centre stage.

Then lightening strikes for a second time as, during a tour of the US, Magnus’ son Jonah also goes missing.

If you have any further feedback, I would love to hear from you…