There was a time when I viewed literary festivals from the outside, as a punter. I wanted books, more book, yet more books and stimulation, the opportunity to brush shoulders with authors, to feel a part of something special.

Not that I presented as a gawping uncritical fan, you understand. In fact, on occasion I was very critical of the way festivals were run. 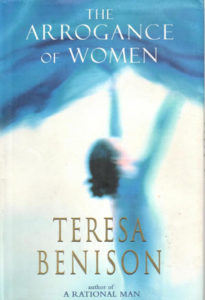 A while ago, not long after The Arrogance of Women was published, I was asked to run a full-day workshop for the Cheltenham Literature Festival. They paid me well, put me up in a nice hotel…. well, they were going to put me up in a nice hotel but then they bumped me to a less nice one. ‘Less Nice’ decided that although it was bitterly cold, frosty indeed, it wasn’t quite the right month to put their central heating on. My room, when I got to it, had all its windows open. Not welcoming. That night I ran a fan heater they’d found for me in the back of a cupboard, and slept (shivering) under a pile of extra blankets and coats.

I was peeved. These days I like to think I would be more reasonable.

Because these days I view literary festivals from the inside and have a lot more understanding of the trials and tribulations organisers face.

Of course, Penzance Litfest is not Cheltenham, I understand that…

The town of Penzance is generally very welcoming and, in my experience, accepts all comers. Have you always had a hankering to try Morris dancing? No problem, Pensans Morris will welcome you with open arms (albeit brandishing sticks); what about a bit of a sing-around in the folk club? I was nervous the first time but again, it felt like a safe place to give the vocal chords an airing.

So, what about literary festivals? Newly arrived in Penzance, I was over the moon to discover it had a Litfest. The festival’s debut was in 2010 and by the time I became involved in 2013 the leading light was the lovely Peter Levin.

The first time I approached Peter Levin (who, up until then, I had known as ‘the man with the triangle’, but that’s another story…) he invited me for coffee and welcomed me into his Litfest family.

The festival has changed over the years, and it has grown. Peter has taken a step back – his big concern was always the sustainability of the festival and attracting a bigger team has achieved exactly that.

My first involvement was with creative writing workshops and these have grown year on year. In 2015 we had our first publishing day, focusing on ‘self’ and ‘hybrid’ publishing, and in 2016 we invited a range of mainstream publishers, editors and agents. This year we decided to rest the publishing day but it will be back….

I began this article talking about the view from the outside versus the view from the inside. Perhaps the Penzance festival is not typical in that, although located in a beautiful part of the country, it is in one of the poorest parts of the country. Part of Peter Levin’s vision was to keep the ticket prices low and accessible to all.

One casualty of this is speaker fees. Post Philip Pullman and the Oxford festival, this has become a hot topic and its one on which I find myself conflicted.

Yes, authors should be paid … you wouldn’t expect your dentist to be drilling your teeth on an unpaid, voluntary basis, would you? On the other hand, paying speaker fees would mean we’d have to put our prices up and that would make it hard for some people to attend. More troubling, to my mind, is that such a policy might tempt festivals to focus on more ‘big’ names, ousting those writers who are just beginning or who have written excellent books but have not achieved heady bestseller status.

I don’t think Penzance Litfest is likely to go down that route. The feedback we get from our festival-goers is that although they like the occasional big name such as Rachel Joyce or Julie Myerson (and of course everyone loves our patron, Patrick Gale) they don’t want the festival to lose its quirky content and local flavour.

It can be a juggle and it is certainly a dilemma, but at the moment we appear to have a system that works.

Putting on a festival like ours can be difficult and stressful and, like our authors, members of the organising team are all volunteers. We give our time willingly, but it can be a struggle!

For all that, long may it continue and thank you, Penzance Litfest, for letting me be a part of your journey.