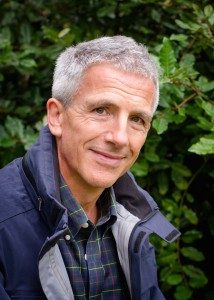 On February 1st the Longboat’s back room was packed with members, long-standing and new. They variously enjoyed beer, coffee, and even a pickled egg – but most of all, every one of them enjoyed listening to Patrick Gale and having the opportunity to put their questions to him.

For Writers’ Cafe members, Patrick needs no introduction. His novel, Notes from an Exhibition, selected by Richard and Judy, put the Penzance streetscape on the literary map and his latest work, A Place Called Winter is a Radio 2 Book Club choice. But now he is branching out – as members heard – into screenwriting and his work will be appearing shortly on a television near you.

Patrick outlined his career path, telling members how fortunate he considered himself to have started out when book-discounting was a gleam in the supermarkets’ eyes and publishing had more scope to offer a friendly hand to newcomers. Although he did make the sacrifice of moving to Cornwall, where the living at that time was (at least reputedly) simpler and cheaper, Patrick never needed to take a “grown-up job”. Over the years, of course, his writing has matured and he told the group how his work has developed since his lighter, early novels and advised them, when writing, to “look for the thing you’re avoiding. That’s where the hidden treasure is.”

Now the writer of an original TV drama to be broadcast this year, Patrick outlined his route to the “sofa of power” and the differing demands of screenplay and novel. That plane crash on the opening page? Forget it. A lorry on fire? Possibly. But perhaps off-screen. During five years of collaboration with the BBC, Patrick’s drama – Man in an Orange Shirt – has been moved from BBC2 to the more mainstream BBC1, reduced from three to two episodes and endowed with a music soundtrack. Patrick’s listeners were not convinced that all of this was a Good Thing.  But writing for the screen can bring insights: the screenwriter’s change of camera angle reminding the novelist of how useful a change of viewpoint can be; the pace of a moving image drawing attention to how dialogue – which exists in real time – can slow the reader down and requires a tight rein.

Despite enjoying the social and collaborative aspects of his TV work, Patrick is conscious that “the poor novel… where my heart deeply lies” has been pushed to “the bottom of the heap” in all the excitement of getting Man in an Orange Shirt ready for transmission. He has now set aside February for the “cleansing” effect of the novel, and the autonomy it offers. “I’m enjoying the chat, the banter” he said of his TV work, “… but I miss the purity”.

Patrick revealed some of the secrets of his success. What works for him?

“What matters is that I’m at my desk doing nothing else”, he said – and many of his listeners affirmed the value of thinking time, however unproductive it might look to outsiders. And how to make sure that “doing nothing else” really means what it says on the tin? Patrick’s preference is to write in ink rather than on screen, using an impressively large double-ended notebook, the front of which is devoted to long-hand writing while the back provides a “quarry” – as George Eliot termed it – of backstory, research notes and ideas.

When working on scripts, Patrick finds it helpful to use industry-standard software to ensure conformity to requirements of layout. But he recommends an app, named (aptly) ‘Freedom’, which disables all access to online media. Thus the writer is transformed  into an Odysseus, nailed to the mast of his work and unable to abandon his quest at the call of sirens – the sirens in this case being ‘vital’ Internet research, pictures of kittens (to which ‘vital’ Internet research leads as night follows day),  and all those ‘very urgent’ e-mails.

Patrick also told the group about some interesting projects still at the planning stage.  A screen version of Rose Tremain’s short story The Housekeeper, offering us a “real” Mrs Danvers, sounded fascinating – will it be showing in Penzance or Newlyn within the next five years? More likely the BBC will get in first, following Man in an Orange Shirt with three-part adaptations of Patrick’s latest novel, A Place Called Winter, and his screenplay for Edith Wharton’s The Age of Innocence.

Writers’ Cafe members will be rushing out to buy their monstrous new 49-inch screen tellies very soon. Or at any rate, this one will.